The internet has brought us many interesting things since its creation. Not only has its existence made all our education and technological advancements possible, it has also brought together cultures from all over the world. It has helped to make more accessible the knowledge and innovations we as a society have created. Indeed, it has changed the way we as a collective view the world in which we live.

From all these advancements and inter-connectedness, a new and unique culture has formed. This “internet culture” has spawned new ways in which we share and listen to music, as well as the kinds of music that are available to us. As such, obscure and unique music has now been widely spread out that was previously unknown, and the assault on mainstream, corporate media flourishes.

A couple of years ago I discovered the now-infamous form of “internet music” called Vaporwave. You may have heard of it way before then, but I’m not exactly always up-to-date on the latest pop culture trends. Nonetheless, I found it to be a fascinatingly distorted, yet ironically nostalgic, dream-like representation of what we millennials often refer to as
postmodern a e s t h e t i c .

Though Vaporwave as a music genre certainly still has a large cult following, for the rest of us it has been largely reduced to memedom. Even still, an ever-widening array of micro-genre “wave” music has emerged onto the scene since.

Here are a few of my favorites…

Chillwave takes from the relaxed atmosphere of Vaporwave and incorporates a more urban feel. With its trippy beats, smoothe transitions, and dreamy vibe, it is definitely the kind of music to make you want to just sit back and… chill. Here’s a mix I’ve enjoyed before on a Saturday afternoon around the house.

Cyberpunk is, in my opinion, the edgy cousin of Chillwave. Its dark, otherworldly vibe transports you to a futuristic digital plane. If machines could dream, Cyberpunk would be the soundtrack playing in the background. Check out this mix.

Here we start getting back into that dreamy aesthetic again, but this time it’s a more futuristic feel that’s oldly reminiscent of bright 80s synth pop (hence the name). Here’s a cool mix I like.

This is a fun one! Do you ever reminisce over those iconic Gameboy or Sega Genesis sounds? Or the whirring of VHS tapes? There’s a whole micro-genre devoted to you! Enjoy the sounds of your youth with the following Chiptunes mix.

Ah, a personal favorite. Though I discovered this gem of a genre through the previous musical explorations, City Pop is really in its own category. What is now called “City Pop” is actually music created in late 70’s and 80’s Japan. Such amazing artists would fall into obscurity outside of Japan until within the last decade, where the younger generations would re-discover them.

There is a rich and robust library online filled with oddly nostalgic tracks that have been brought back to life. Below, I’ve created a playlist of my own of some of my favorites for you to enjoy. The songs are set to play in order automatically, but you can skip around to various tracks if you like. Go ahead, try it!

I hope you enjoyed this musical journey through internet music culture. Do you know of any micro-genre music I didn’t cover here? Tell me about it in the comments! The world of online music is always growing.

Here’s a special bonus “wave” track you might also enjoy if you’re a Zelda fan, like me! Want to chat about gaming and cool memes with me? Have a biz or blog, or want to start one? Join me over on Patreon! 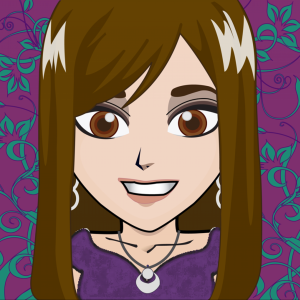 Nerdy astrologer + biz mentor, gamer, creator of things, and crazy cat lady who drinks too much coffee. Hey there!

5 Free Resources to Awesomize Your Business

May the Stars Guide You: How Astrology Can Save Your Business 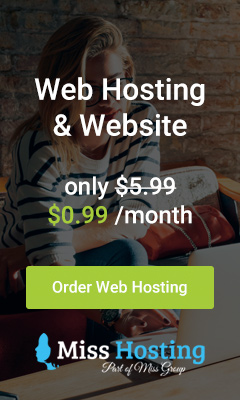 This site uses cookies to ensure you get the best experience. The digital kind of cookies, not actual cookies (though that'd be awesome!). If you continue browsing I will assume that's cool with you. We good?We good!